The Dungeon Calls for a Sage 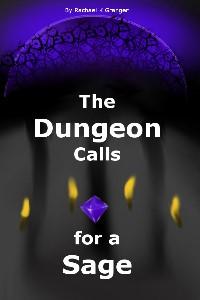 Archimedes was the ego behind one of the most powerful dungeons ever created. He grew and developed his halls, filling them with powerful monsters and beasts, over the course of thousands of years. He was a grand structure of ten thousand floors which even heroes had failed to defeat.
However, an Evil God had come from another world, calling himself the Demon King, and a party of heroes were sent to do battle with it. They were victorious in the end, and obtained enough strength to breeze through Archimedes' dungeon like it was nothing. Forseeing the end of his life, and realizing how pointless his pursuit of power had been, Archimedes destroyed himself to prevent the heroes from having the satisfaction. As an added bonus, his collapsing dungeon killed the hero party that had even defeated an Evil God.
Still, Archimedes felt despair that he had lived a worthless life as something as pitiful and futile as a dungeon. Sensing his regret and potential, the forces of the world presented Archimedes with the chance to start anew and live a more meaningful life. Thrilled and hopeful for the first time in eons, Archimedes accepted the offer, only to be reborn again as a dungeon core with not a single room or monster to his name.
Just what was the meaning of this?!
Archimedes wasn't smart enough to figure out what the voice of the world was thinking, so he was left with only one option: Somehow, he had to draw a Sage into his dungeon who could give the answers he sought.