The Nonpareil of Resh 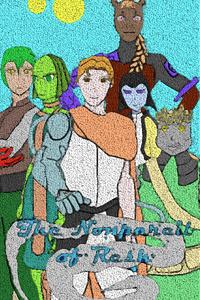 After being swallowed by a portal, Gwyn finds himself in an alien world unlike his own. As he begins to learn more about the world and its denizens, he gets swept up in events out of his control. Armed with a mechanical creature that grants him powers and several allies at his side, he has to learn to be a hero of this world he found himself in.