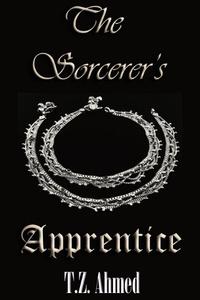 A world where magic must be hidden from mankind is a world where mages have no reason to exist. Zara was one of them--a young woman forced to spend her days in confinement, to lessen the risks of outsiders discovering the truth.
She was not human.
She was, as they say, a living embodiment of a thousand year old curse upon the Kingdom and humanity as a whole. And the only way to handle a curse is to get rid of it--which is precisely what the Kingdom had been doing for centuries--eliminating any being that contained even an ounce of enchanted blood.
Zara has lived most of her life with the threat of death hanging over her head, though it never averted her heightening curiosity about magic, nor the abilities innate within her. And when a powerful, enigmatic Sorcerer comes to her with a proposition, Zara finally sees her chance to embrace the curse she was born with. It was a chance laced with precarity and destruction, but a chance nonetheless...