Saga of the Interstellar Cosmic Journey 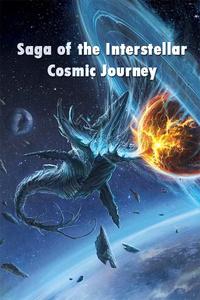 A successful 21st-century billionaire that fell in the hands of the corrupt government. Once a prominent figure who ruled with money and owned a company operating in all sectors across Earth.
What would Rex do when he got the memory of such a figure?
With gigantic cosmic beasts roaming the galaxy whole, Rex was left with no choice but to use all of him to survive and escape to the space crack where the creature came from.
Rex, now stranded in an unknown solar system, was forced to descend to a nearby planet. To a planet that was home to a prosperous human civilization with deep secrets and the inhabitants mastering catalyst magic to boot.
In this puzzling world of sword and magic, accompanied by a genius scientist, Liz, and several comrades he will find across his journey, will Rex survive and rise to prominence, or will he fail and suffer the same fate as his predecessor?
Rex was sure of one thing. His future wouldn’t be smooth sailing and ordinary in any way.
This is a Science Fiction Fantasy story set in a Middle Ages setting with ranging technology levels.

If you notice any grammar mistakes, please point them out. (I have enabled suggestion helper)

A new chapter will be released thrice a week.
The cover isn't really mine, if you're the artist just tell me.