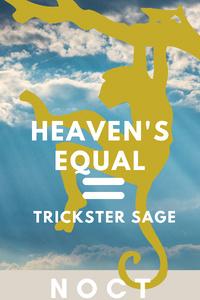 When a mana thief invites herself to the hunt of the century, a battle to take down the ancient Quetzalcoatl, she thrusts herself into a plot involving a supposedly long-dead group, the safety of the city she calls home, and, ultimately, the survival of civilization itself. Wrangling a womanizing bard, a mysterious boy, and a bloodthirsty creature even she can't really control, she sets out on a journey to save the world. Can she and her scraggly band of chimeras take on the burden, as enemies loom from all corners?
A fun jaunt through a biopunk/magicpunk world, inspired by Journey to the West. Part Monster Hunter, part Dresden Files, all wild. Magic, a bit of science, and guns in a Western-fantasy world.
Updates Mondays and Fridays!