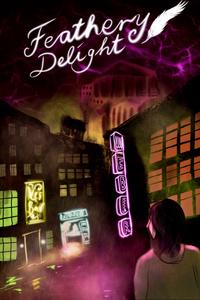 The world has been hard on young Kael. Living his life on the streets, Looking for a way out he tries many things to change his destiny, only to be met with failure again and again. Wallowing in self-loathing, he lives his days without much purpose or motivation. Life, however, had other plans. On a rainy night of watching life pass him by, an explosion suddenly rips our young protagonist out of the bland world he knew. Meeting an old man claiming to be able to use magic, will his life finally change? Will the world finally give him a chance?

This is a complete rewrite of my earlier story. Aside from my own personal problems with depression, there were many, many things I came to dislike about the way it was progessing. With the low quality of the earlier chapters, it was in dire need of at least an editing run. Instead of just editing the subpar chapters, I decided to just do it over again and change what I did not like.If you have read the first version, do give this one a try. The quality of writing and grammar has, in my honest opinion, leveled up substantially. Aside from the first few chapters, the story should be entirely new to you.
Please also note that I am not a native English speaker and thus might make mistakes. I have tried hard to find and correct most, but I am certainly not perfect.If you notice anything that is wrong just leave a comment below the chapter and I will try to get to it.