The Tooth and Claw Guild - A Shifter LitRPG Story 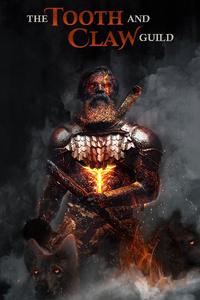 150 years in the future. Ricky has escaped from what remains of Europe, and is one of a horde of refugees who line up to enter the last remaining viable cities worldwide: New Baravia.
One by one, they are funnelled into a refugee camp outside the city walls, for what looks like a life sentence of hard labor. But when Ricky arrives, he learns that they are offered a lifeline – overnight, they can enter the Dark Framework, a fantasy adventure game, and where the bravest and most cunning have a chance to find a key to the city. If they succeed, they can become a citizen of New Baravia at last.
But as Ricky starts out on his quest, he quickly finds that he lacks the strength to overcome both the game’s monsters and obstacles, and the powerful guilds which have formed to support each other and to keep new players out.
Ricky’s journey as a refugee has left him distrustful of others, but when a guild of mysterious shapeshifters offer to take him in, he has a chance to work with others at last. If he joins with them, perhaps could they find the key to the city together – but at a cost of the principles that Ricky holds closest to his heart.
Can Ricky survive the Dark Framework and discover one of the keys to New Baravia? In this dark fantasy story, which moves between a brutal post-apocalyptic real world and a virtual game world, the only way for Ricky to succeed in his quest may be to let go of his humanity...