Earth's Army In Another World 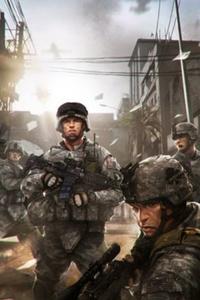 As the god's battleground starts to turn into anarchy with justice and prosperity disappearing and instead being replaced by pain and suffering, the goddess of Justice and Prosperity has to do something that no other god or goddess has done. Call upon the forces of a godless planet.
She wanted the strongest, and got the strongest. She got armies from three separate countries, and has forced upon them a mission of no return. Literally. Like they can't return to earth unless they complete it.
Without any governments, the armies are left to fend for themselves with a large amount of bullets, tanks, planes, and ships.
This story will have a large amount of characterization and slice of life moments. I did an insane amount of research for this and poured so much time in, not just militarily, but other basic necessity things as well. Fights will be bloody, magic will be rampant, and the slice of life moments will just warm you to the core. (actual kingdom building)