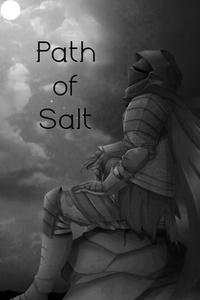 After running off with his best friend to fight as Mercenaries, Tobias found out that he wasn't built for battle. Swiftly defeated but not dead, he could only lay down on the grass, and watch as Marcus fought off their enemies almost singlehandedly.
Both of them survived that battlefield, and they both decided to return back to their Village.
Tobias' ideals and expectations were shattered by the reality of War, so he decided to settle down instead.
On the other hand, something awakened within Marcus. He woke up one day, only to be greeted by a floating panel of light.
[Name: ... Marcus][Race: ... Human][Class: ... ... ...]
[Hero]
[Welcome to the System]
What is a village-born Hero to do, but answer his calling?
WARNINGS:-This work is incredibly Slice-of-Life heavy-Also conversation heavy-Also plot heavy (But not in that way, unfortunately)-The pacing in terms of plot is slow-The story is also lighthearted, and it's mostly just friends hanging around trying to do stuff and complete dungeons.-Also contains slowburn (straight) romance.-Power Progression is also slow paced.
Cover made by: Fei (@Chippy03966650) / Twitter