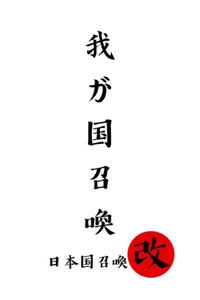 TRIGGER WARNING: Themes of Japanese ultranationalism
In the Great Orient was a massive ocean that separated the bellies of the great continents of Eurasia and the Americas. In between the great juggernauts that were the United States of America and the People's Republic of China is a state home to 120 million people and the world's third largest economy... Or at least that should have been the case.
As the world was engulfed in chaos by the vacuum left by the sudden disappearance of one of its most influential states, the state in question, Japan, was in it's own turmoil as it found itself in a new world. Carrying the state's massive problems and the future of millions of people was newly elected Prime Minister Takamori Hideaki. With lands sighted to the south and west, only time will tell how history will judge and remember him and his administration.
This work, paying homage to みのろう's Summoning Japan (Nihonkoku Shoukan) as a fan-made work, will follow the same Japan but on a different route. Now helmed by a named Prime Minister, Japan will wade the murky waters of the new world as it struggles to settle an identity crisis.
Written primarily by the unofficial, fan translator of Nihonkoku Shoukan's web and light novels. Also available on Wattpad and Scribble Hub.