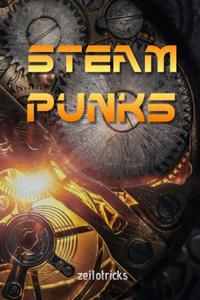 In a world with different races, magical beasts, and a world full of mana, what would happen if said mana were to be corrupted? "Mana Demons", beings who ingested too much of corrupted mana, began to plague the lands of Lumidia, driving Humans, Elves, and Dwarves to be backed into a corner. Who could possibly stop such a threat?
Enter, Steam Hunters, warriors clad in brass and bronze, using both mind and might to smash, slash, and blast through mana demons, slowly reclaiming the lands they have lost. Follow the journey of five young Steam Hunters, as they take on missions that the average human/dwarf/elf won't do!