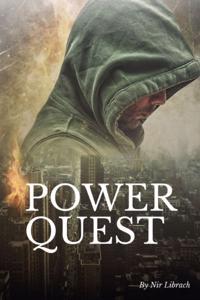 Ben could never afford to participate in the virtual version of his favorite role-playing game, so when the opportunity presents itself he takes it with (almost) no second thought. His life changes instantly: building a strong character in this virtual and amazing world becomes his one and only desire, and there is nothing he wouldn't do to achieve his goals.
Little does he know, but his quest for power does not go unnoticed; powerful people are watching his every move, with plans of their own... plans that might change the fabric of reality between both worlds. Will Ben's lust for power destroy everything and everyone he loves? Or can he be strong enough to become the one thing he always dreamed about... a superhero.