The First Corridor of Old Works 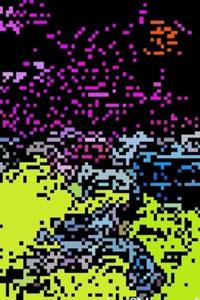 But what is it, really?
Old Works.
They say, some do anyway, or would, if they still had tongues - it's a dream.
That it's a million year old mystery connecting three planets.
Some, yet other, anonymous entities, charge that it's a structure, more accurately, an architecture - a quest, even, made from, and through - corridors.
Pretty inarguably, for one thing, it's a maze.
Even some pronounce, if you can understand those currently vomiting blood, that it's a corporation, and yet others - the brave ones – and dead - say it's... near death.
Or that it is.
Death.