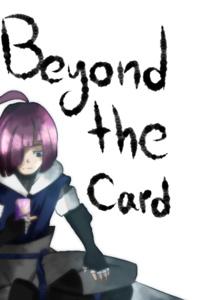 Zashe always knew about The Awakened and their powers; what he didn’t know was that he would become one himself. After a fateful morning in which he lost a part of himslef while also obtaining new abilities, it was now in his hands to change the course of his life, he was going to look for what he had lost. Tarot Cards were always right, but his card was not going to be the end of him, he was going to go beyond the card.