The Foil Character is a Rune Mage [LitRPG] 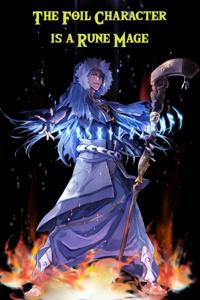 Liam’s goal was to clear World Odyssey with 100% completion. He had finished all the quests, slew all monsters and every hidden boss, and reached a level cap for all the classes except one, a Rune Maester. One day, while getting home dead tired from works, Liam heard a mysterious voice asking his identity and in exchange, he would be granted one wish. Without thinking too much into it, he answered he want to play the game and level up the Rune Maesters, before losing his consciousness. When he woke, he found out about his new identity. He was now Emhyr Fralnault, the trashy brother of the protagonist in World Odyssey.