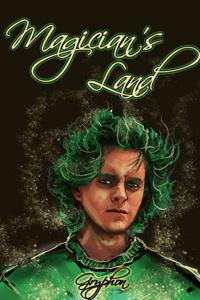 Alex Rainer used to be a normal boy. He played and had fun, though his old classmates would probably call him a bully, he was a normal child. Until one day, something happened and he became a shell of his former self. Depressed, self-loathing, and overall wishing for his loved ones to forget his entire existance.
However, one day he began having dreams. Alex was already used to nightmares so when had the dream he didn't care for it too much. Then in his last dream, something happened, and he woke up in a strange world unbeknownst to him, he was transported to an entirely different world.
Monsters everywhere, his appearance changed, and people can use magic. This wasn't his own world anymore and he wished to go back. Will he get his wish and figure out why or who brought him to this world, or will he be trapped in this world and die without the knowledge on what he was brought in the world to do.

Cover art is by Ariana Vivoni. Thank you for the great cover.