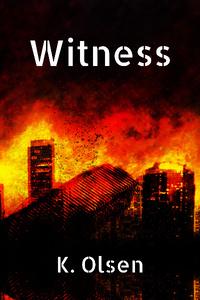 For Karsa Mardas, life in Astera has always been a matter of breathing through the cracks and surviving the oppression of her people. Navigating a world where even speaking her native tongue carries a penalty means keeping her head down and her presence as hidden as possible. For her sister Endeis, the situation is intolerable and she fights against it using her voice, despite the personal risk.
Nothing can last forever, however. When tensions boil over, Karsa is brought face to face with the demons of her people and intense personal cost. Flight or fight are the only real options and Karsa is no coward. As the fires burn hotter and the storm rages louder, she finds herself on a path that is darker with every step. The choices along the way are sometimes easy, some more difficult than a person could stand, but she promises herself she will endure. Who she is when the fires die is more complicated than good or evil.
Or as she would say, "Hell found us."