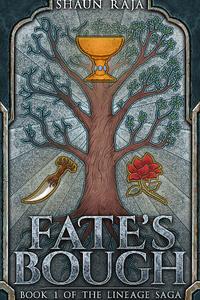 The continent of Erdenia is in flux, nations large and small move to swallow their neighbors. Roving bands of marauders pillage the countryside, and the seas are choked with piracy. Against this backdrop upon the central island of Syroneika exists the Mercan League, an alliance of city states ruled by the Archon and his seat in Merlabria. Yet all is not well beneath the surface.
The Archon’s health is waning, while the House of Mercan appears on the verge of conflict. Both princes vie for the Archonship, with the aristocracy close behind looking to settle old scores. In the immediate west the Althai Federation is in a state of civil war, the conflict spilling over the border into the League, while nobles’ squabble over petty slights.
In this time of growing conflict, the Archon has summoned the warlord of the southern frontier, bulwark against the horrors of the dark forest, and former Grand Scholar of the court. Behind the scenes pieces are in play, the Scholar has many enemies, even more still jealous of his meteoric rise to power. A simple trip to the capital may be more than it appears.
However, the branches of fate are fickle things, a single encounter could change the course of history. Or perhaps that is simply the will of fate, and nothing has changed at all, who could know? Could the meeting between a simple slave and a warlord truly be fate’s bough? And if so, where would that lead?