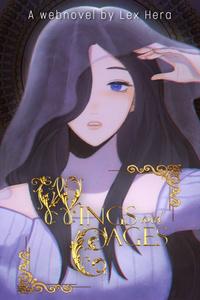 Among the people of Andalia, Princess Odetta Valdnrosa is rumored to be as beautiful as seafoam. As the only princess left alive in the royal family, it is assumed that she is one of the few siblings within King Casrian's good graces ever since he slaughtered most of their family. However, to her, the palace is nothing more than a prison... a cage created by her three wicked brothers.But the more Odetta learns about her family, both dead and alive, the more she gets drawn to them. Her yearning for a family has lied within her all her life, and that only festers along with her fear of the Valdnrosas.Perhaps in the end, Odetta is more of a true Valdnrosa than she thinks she is.