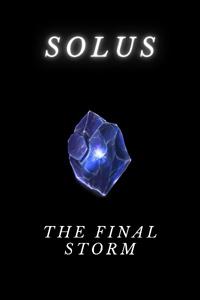 Once, in the world of Izaraath, there was peace, hope and balance.
Until there was not.
The land was engulfed by war, ruled by primitive creatures, and distorted in chaos. And when the world split into two vast continents, a Great Storm wrought down.
Now, once every ten thousand years, a tempest cleanses the world, killing great numbers, and being brought by none other than Yh Nu Vek, the Stormbringer.
So when Jilton Novice, a poor boy from the North, discovers his destiny of bringing the new storm cycle, he sets out with his beguiling servants to gain this ancient power.
But all is not what it seems, not anymore.
For now, there is betrayal.
There is deceit, greed, and an error in the cycle.
And In the face of the storm, stands a rebellious mage, a young girl, and a scholar greedy for redemption.
In the face of the storm, the wrong man is given the fate of the world.
And beneath the world itself, lies the chaos the world held in forgotten chains, and its readiness to finally leech through.