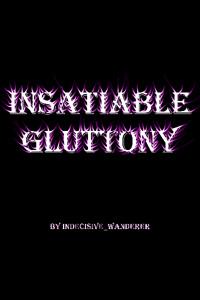 In the year 2020, most animals and even some plants started to mutate and become monsters. The suddenness of the event caught the entire world off guard, and by the time the world’s various military forces had fully mobilised, the damage was already done.

The entire human population decreased by an estimated 90%. Even so, after many bloody battles, the military was able to successfully drive off the hordes of monsters. However, shortly afterwards, giant behemoths only seen in myths and legends started appearing in the midst of the monster hordes and destroyed all forms of resistance. Everyone thought this was going to be the end of humanity.

In humanity's darkest hour, mysterious beings of unimaginable power, calling themselves gods, descended from the heavens and wiped out many of the behemoths in spectacular demonstrations of raw power. They brought with them various magics and the system, but left soon after.

Before leaving, the gods gave their blessings to a select few, and one of them was a man called Zack Vespertine, the champion. He would later go on to uncover the many secrets of the magic of the gods and the system and use them to rid the world of the fear of the behemoths and bring the world into a new era of prosperity. Truly a story of glory, magical adventures and heroic exploits.

This is a story of persecution, hardship and revolution. But hey, there are gonna be some adventures of the magical variety so why not read it?

Note from author:
I actually might write that other story after this one’s done if it gets popular enough.
also don't hate on the cover art too much, i'm bad at drawing and if this book gets popular, i'll get better cover artEdit: i changed the cover art bcus i felt like it :P