Evangeline: USER DOES NOT EXIST 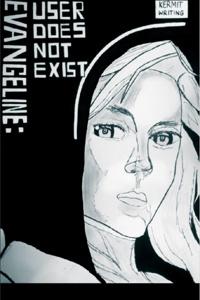 Evangeline is an angel fighting in the war against the demons. In one particular battlefield, the angels are severely outnumbered and have no chance winning against the masses of demons. Evangeline chose to stay behind and fight the demons so the rest of the angels can escape. Through this means, she meets her death. What happens after the death of an angel? Although the answer to that isn't known, what happened to Evangeline probably isn't what's supposed to happen. Left in a world with a system that doesn't recognize her, she can't level up and she can't gain skills. Is her own strength enough to persevere in such a world?