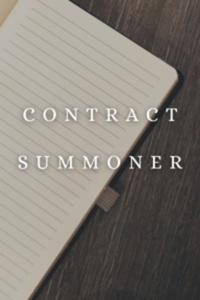 Earth. The planet many of us call home. Here we live our lives as normal as possible. For Mathew McGonald, he too, calls this place home. He currently lives life as a divorce attorney, and is content with his life. One day, Mathew was leaving his office, a successful squabble ended, and his client kept most of his possessions from his ex-wife. When he went to step into the hallway, instead he ended up in a grey void with a blue box hovering in front of him. Earth now converted by an entity known as The System must now defend its self from portals that lead to other worldly areas known as Dungeons. Follow his journey as he not only learns how his new reality works, but how to be at the top of it all.
Story will be 3 chapters a week after the first 10 chapters.
+Notable Tags+Profanity: People curse all the time. Rarely at each other or in a deragitory manner. Tramatizing Content: The MC is not a nice guy. He isn't your classic 'White Knight' who will defeat the 'bad guys' and save the day. Your normal views of the way the world should work are not the same for him. Expect ruthlessness, backstabbing, lies, dishonorable actions, and so much more that makes this story realistic and great.Urban Fantasy: While modern technology exists, along with space crafts and other soft sci-fi tropes, they are not key elements, nor will they be gone over in high details. This story is primarily magic/fantasy.Soft Sci-Fi: Read above.
This story is a revised version of the previous story I wrote here on Royal Road. It's been almost a year since I published it and have worked on fixing it to become a better story that I am proud of.