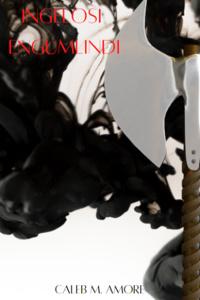 The world is a big place. The cosmos is bigger. Oddmund Forkastet is a small fish in that particular pond. Oddmund he was named in secret, before tradition dictated he should’ve been. ‘He who protects’ his sister called him. Forkastet his father named him on his sixteenth name-day; Fatherless. He wears both with pride. Sergeant Oddmund Forkastet doesn't much care about the worlds size though, he's a little busy trying to save the lives of the last two children of the great Emperor Umholi Omkhulu. All Sergeant Forkastet wants is to serve his fifteen years in the Emperor’s service, in the relatively safe job of a palace guard. He's had enough of the battles and skirmishes that happen on the fringes of Emperor Somunto's lands. It would seem that they haven’t had enough of him. When the Umholi Omkhulu, The Great Leader, the Emperor of Umhlaba Omkhulu, is killed for political gains, Oddmund is left to care for two young boys, neither of whom likes him very much. Oddmund lives up to his name, sheltering the boys, and becoming a greatly honored man, a man gifted many names. Aengus Acaiseid. Algrenon Ames. Waqas Zishan. Mphikeleli Bhetizizwe. Ingelosi Engumlindi.