An Abnormal Life In The Other World 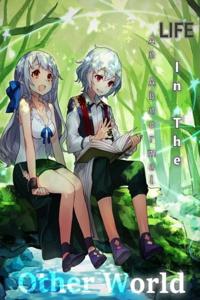 Everyone will or at least have the thought of becoming whatever they wished for, whether becoming an extraordinarily beautiful person, an extremely wealthy person, obtaining immortality or even a 'god', truly anything they wished for.

But such a thing was only a mere wish in the minds of mortals. When their desires were exposed to the outside, they would only receive laughter and contempt from their fellow beings.

Unfortunately or rather fortunately, one strange boy had an undying desire. He wished for transportation to the other world, wanting to shake off the shackles binding him, human limitations.

Able to do anything he wanted and experience the power of magic. Perhaps such thinking led his life a bit differently as opposed to a sane child. Though he never regretted it even a single bit but instead welcomed it.

To remain normal in the eyes of the world, he vigorously held and held till he perfectly blended into society.

Regardless, he continued praying and praying to god every day since childhood to grant him the ability to use magic.

One night, he died a mysterious death and was reincarnated into a different world...... The only thing he regretted the most was not getting the character’s he liked in his gacha game.

The life of your highschool boy suddenly turned for the better or worse with extra troubles brought along.