The Princess And Her Warmonger 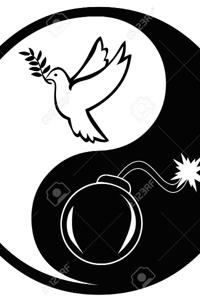 Princess Isalene is stuck choosing her new personal guard after her previous one died. While she was visiting the arena one day to see the possible candidates, she sees a knight, not on the official list her father gave her. Captivated by this knight's graceful fighting style and disturbed by their ruthlessness, Isalene looks into them only to find out that this knight is a Warmonger, and a she at that, serving time in prison after prolonging a war. Isalene knows that she is bad news but can't help but be strangely drawn to her...and eventually makes this warmonger her personal guard, where a strange relationship develops between the two.
One is a shy and sheltered princess and the other is a war criminal who is clearly not a good person. Yet, even the warmonger can't help but slowly grow attached to her new 'annoyance'. The two are clearly a bad influence on each other and see things differently yet, something they might both need. Well, in this budding time of dangers, the pair may be what the Kingdom needs as well.
"War is coming, and whether you are ready or not, you better be ready to fight."
(This story can also be found on Scribble Hub and Webnovel)
[Cover art is not mine]