The Curse of the Nameless (Litrpg adventure) 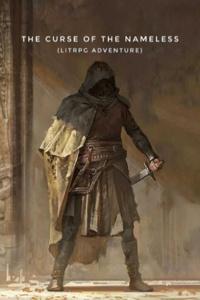 It wasn't supposed to be like this...
When I died, I believed that was it. A life poorly lived with numerous regrets and few joys, then ending not with a bang but with a mere whimper.
But I was wrong. Oh, so very wrong.
Life, it seemed, wasn't yet done with me. Or maybe I should say that this strange [System] wasn't yet done with me. Attached with every aspect of my being as I tried and failed to survive in a world that was actively trying to kill me.
A world filled to the brim with scheming nobles, perilous spirits, hordes of giants, blood-thirsty monsters, crazed demons and mad gods.
And the world that was in the midst of a hundred-year war.
God...it wasn't supposed to be like this...