Of Souls and Rogues 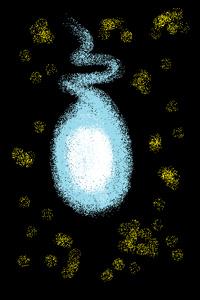 Subtitle: The Demigods make for excellent marks
When career thieves Von and Llyod are murdered, they wake up to find themselves not in the afterlife, but in the realm of the demigods. It turns out, if you're a believer, you can choose to reside with the target of your worship after death, rather than pass on to the afterlife. These demigods rule territories and hold sway over various domains, such as professions, elements, and more. The demigods vie for power, be it through military, economic, or diplomatic means.
The demigod of thieves, tricksters, and deception, Cadius, has taken a special interest in the duo, and ropes them into his escapades, plots, and schemes. From pickpocketing to infiltrating the personal quarters of the demigods themselves, Von and Llyod have their work cut out for them.