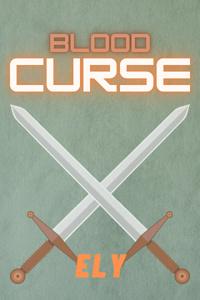 Leon's family has been diagnosed with a new type of uncurable blood disease. It's an absolute death sentence and when it turns aggressive, you only have a few more years of painful life left to live. His mother has just begun the last years of the disease when a person supposedly comes back from death with supernatural abilities. He talks about a choice you get after death--get an extra chance to come back to life, or die.
Even with Leon's deminishing life span, he won't consider the option of going there, until he meets another survivor who had the same goal as him and succeeded.
Leon has a choice to make--die now for a chance to save his mother, or die in a few years, where the disease rapidly melts his muscles from his own body.
He enters a game-like world, a sort of limbo, where his ultimate goal is to climb the tower of Katastroph before his mother's time runs out. There are a few problems with this though. The tower is almost impossible to beat, if you die you won't revive, and only three people in over twenty years have actually made it back. Leon has two years to climb the tower, with the help of the few people willing to try, while Ai, the guide of the world, makes things harder for them.
Disclaimer: This story is an experimental project and I hope to get any and all feedback you can give me. I hope to publish this multi-book series on Amazon at one point in the future, and if that happens I'll give all people who give comments (and who wants it) the ebook. If the publising goal doesn't happen (if this turns out to fit a chapter by chapter or serial telling better), I'll probably just keep publishing here.