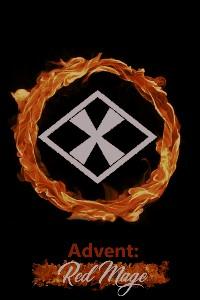 When the Advent began, Drew Michalik was working in a top secret facility in Washington, D.C. When all electronics simply ceased to work and blue screens appeared before him, he gained access to a mana interface and a number of crystals called xatherites. Utilizing these Xatherite, he gained the ability to cast spells. Now alone and in the dark, he must battle through the bunker turned dungeon in a desperate bid for survival. But getting out is only the first of his many problems in the changed world, as Drew struggles to survive and keep himself, and the rest of humanity, safe through the anarchy.
Advent: Red Mage is a hero's journey told in three acts. It is a system apoclypse book and will include greedy and immoral characters. Evil will be evident, and horrible decisions will be made. This is a world where the morality of the current day has no place, and some of the monsters will be human. The MC is mostly good, but is still a flawed human being. Light LitRPG elements, no harem.