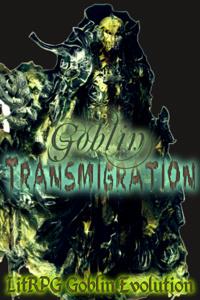 Goblin: a mischievous, ugly creature resembling a dwarf.
Who would want to become such a creature? No one. At least not anyone sane in mind. Neither did he. But he made a mistake. A terrible mistake. He read a novel titled [A Dragon’s Voyage] After reading the final page, he got sucked up inside the book and transmigrated to the world of "Volmaire."
But as what?
As the novel's protagonist, a dragon with limitless potential? No.As the novel's antagonist, a vampire hailed as the vilest creature ever to walk on the lands of Volmaire? No.
He transmigrated as a goblin. A goblin filled with unbridled greed and gluttony.