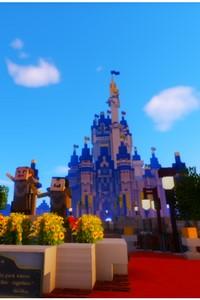 Forced to restart on hell mode against a bunch of pay to win cheaters? Bring it on!
Looks. Talent. Family background. Tianyu had it all. But when it was discovered that he had a potentially game (er, world) breaking ability, he was banished from the inner circles of the world by the great families of the world, in fear that he would potentially break the delicate balance of power between the great families.

Now powerless, hopeless and almost clueless about the world outside of the inner elite, Tianyu finds a group of friends with whom he works together to try and grow and protect themselves as well as those around them. But in this world, where money trumps hard work, where connections trumps talent, can the group really compete against those with silver spoons in their mouths?

A random blend of Quanzhifashi, HxH, Mondaiji, One Piece and more in a very vague minecraft setting (To tell the truth, I've never actually played minecraft myself), a story that focuses on hoarding levels, money and items instead of focusing on character or action, follow Tianyu and his friends on their quest to become strong enough to zhuangbi their way to the top of the world.