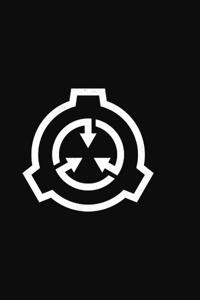 The Anomaly -
The SCP and the Occult Global Coalition watch us every day, searching for anomalies and disturbances in our reality. Always with us in every step, every breath, and every heartbeat. Wandel hated it, and he was born with this hate of the Paranormal Groups that wanted to control the world and its anomalies - like God, but it is already proved that they exist and have an excuse to don't even try to build a Utopia, that's because they can't, proved by the incidents in Quebec and Poland that they weren't invincible and have failed a lot of times.
And when he got the chance to expel the angry that he has in this type of group, he got all his mind into it, even daring to change himself to an anomaly, trying to have some kind of power to combat what combat an anomaly looks pretty intelligent into the first look - but it's not, of course.
So, come with me to see how Wandel try to break the G.O.C. into ashes with all the other groups like him! And let's hope he doesn't kill everybody in the process of doing this. 'Cause, you know, killing - or at least, trying - the one first defense of humanity against anomalies seems kinda dumb if you look alit bit deeper on his thought process and what the world may look like after that. But who cares? Let's hope for him! Killing humanity isn't, like, resolving all humanity's problems anyway?
The chapter's always gonna be available when I got inspiration or something - and yeah, English isn't my first language! So, please, try to correct the grammar errors in the comments? That would be really great of y'all to do! (First time writing and posting here too.)