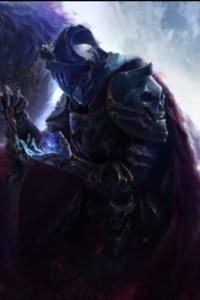 "Dark Hero"
This name is hated and feared among the people that know the history of the Continent.
The first Hero that cruelly killed, destroyed and betrayed millions with the power that person had. The power to destroy. That Hero joined hands with the Demon King and decimated the Continent.
Four other beings defeated both the demons and the Dark Hero. Blessed by the gods, they were known as the Four Divine Heroes. The Sword, The Staff ,The Spear and The Bow. These four weapons were given to those humans to vanquish evil.
..
Now...that same power of the one who gathers hate and knows only destruction has appeared in the form of a mark. Ailen, a village boy was chosen.
How will he correct the deeds of the Dark Hero? Will he even succeed? Can he confidently display this mark to the world? How will this truth affect the relationships he has yet to form?
This is the "Legacy" of the most hated hero.
^^
I posted this on Scribblehub too. My name on that site is CulturedOtaku. Just trying to see all the reactions on my first story before publishing more on this site. I already have the sequel of this story on scribblehub so don't read that before reading this.
Thanks for reading!
https://www.scribblehub.com/series/328145/dark-legacy/
This story is available on Scribblehub as well.