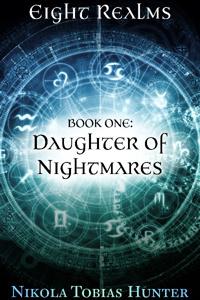 In a world once dominated by magic kingdoms and the sword, has now become a world of industry and modern weapons; but things were not always thus. For Keira Silverlight and her people, now isolated in her large sequestered village of magic users, the world outside their forest seems garish and complex. For her the biggest problem is making it past her trial and becoming a full member of her society, a society of Warlocks. What she doesn't know is the full history of her family and the dark secrets it holds, for once not so long ago they held the might of gods; but with the fall of her peoples kingdom and the disappearance of their immortal god king.
They were forced into seclusion; the Einheart empire having taken over her family's ancestral home. If her people are to survive, if her family is to survive, things will need to change, but perhaps not in the way she was hoping for. As the rise of darker powers force her people out of the shadows. She and her adopted sister Hella must partner with a prince of the empire and his stalwart companion to see her people free.
Sky pirates,vampires, all manner of dark creatures will stand in her way. All along the way a dark passenger will lurk in her own soul waiting for the chance to break loose.