The Adventures of Swagmaster Ted in: The Caul of Cornthulhu 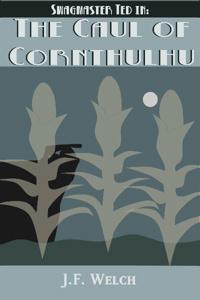 The cold skies of November bring a portent on the wind:
Cornthulhu's return has come.

In need of some extra funds once again, 16yo Ted replies to an ad on the internet posted by the eldery Mrs. Costanzo in an effort to recruit someone to help find her husband after his sudden departure following a long bout of mental and physical deterioration. But when Ted finally catches up to Mr. Costanzo it's clear that something far beyond the scope of reality has taken hold of his mind, and before he knows it, Ted is faced with a horror of cosmic proportions.
Looks like it's time once more for Ted to save the day.
And time to get corny.