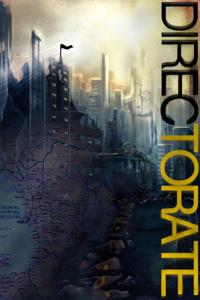 A nation is just a means of survival.

Metro Manila fell within 5 months of the first report of cannibalism. Once a hyperurbanized region of 15 million inhabitants, it's been reduced to a dead, greenless shell. Most of the infected had since left to ravage the countryside. The central government was nowhere to be found. Among the survivors who clung to the few gardens and humble plots of arable land left, one of them finds evidence that the slaughter wasn't going to just end with the first wave.

Without a nation and a wall of guns, everyone will die.

Directorate is an original nationbuilding webnovel that focuses on the gradual rise to power of a select few individuals, and the subsequent unification of the survivors of a devastated Metro Manila.
Releases targeted at every 1 to 3 weeks. If there are no chapter updates after 3 weeks, there will be a progress update. Number of releases targeted at a maximum of 100 chapters. Every 10-15 chapters, there will be a 1-month hiatus to let me plan for the next 10-15 chapters. Double releases have a not-insignificant-but-still-small chance of occurring.
Original cover edited on GIMP. Destroyed city original photo "apocalypse" from Camila Rodrigues on Pixabay.