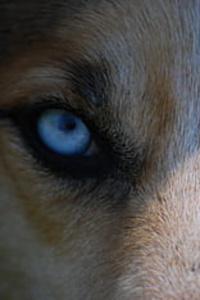 Edgar Vogel was a 30 year old underemployed veteran who dropped out of college. His life was comfortable but all ambition lost. His plans, born of depression and anxiety, were to simply live out his life of mediocrity and enjoy what little he could.
That all changed, all it takes is something small to change fate, in his case ice. Reborn into a primitive but fantastical world, full of magic and monsters; Edgar now has the chance to redeem himself if he can. Does destiny await or is being mediocre his fate once again? In this world, fate rules and may choose for him. Granted, go stand by that boulder doesn't sound like the first steps to destiny but hey, who knows?

Welcome to the Northern Isles.
My first story being posted on here! I already have the outline of the first couple books planned out and will be posting on here regularly. I'm not sure what schedule I'll be able to meet but my goal is 2 chapters a week. I'll update when I can get a set schedule going. The story will be dark at times but I intend to keep things fairly light for as much of the story as I can. Focusing on friendship, camaraderie, sht talking, and adventure.
A few details about the story:
No harems, parts may look like a set up for a harem but it's not. I know many people like those stories but I find most of them cringy.
The MC isn't superpowered, simply put. He also isn't one of the "I know all the things" type of scientists or engineers that expands the tech of the locals hundreds of years over the course of the story. It's something that bugs me with many things I've read on here. MC gets a boost because of a magical system or divine intervention? cool. MC is a specialist in a certain field and helps advance said field although not to modern standards? cool. MC had a bachelors degree in engineering, never held a gun in his life but not only knows how to make gun powder, mercury fulminate, and tnt but also complex airplanes and nuclear warheads? wtf? The things he does add will be in accordance with his character. If I mess up on a part and you're wondering how he could know something like that, please throw up a comment. I may have forgotten to add something to his back story or I may have gotten ahead of myself and screwed up.
Just a few trigger warnings: violence (duh)
sexual content. By that I mean dirty jokes, non graphic descriptions of bodies, sex mentioned or implied but again not greatly detailed, probably more dirty jokes, etc. swearing, Edgar was a veteran and like most people in the service, he swears. Not sure if many will be offended by it, but there you go.
Bigotry, some characters maybe speciest, bigots, or have low moral character. Things like homophobia will come up but the world I'm building is more progressive than ours at that same point of development. They are not my views on the matter at all. I feel it's less realistic if there isn't some strife between different peoples and different cultures, it's true enough in our world. Slavery. I have no intent to write a slave arc but slavery is something that will be present in the story. It's again one of those things that is there for realism. I have no intent to go in depth with this at all, just a bit of world building.
*Sexual assault will be present but mentioned or implied only. I refuse to write any details like that. I understand the difficulty this may cause for survivors, so I will have a trigger warning for any chapter that includes it. I'll also include a brief chapter summary of key points at the end. That way people who chose to skip don't miss any plot points.