The Side Character's Mistake! 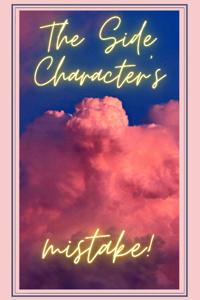 Arina got transmigrated into a side character of a novel that she has reread more than a dozen times. What's interesting though is how the character she is possessing has the same name as herself! This lucky coincidence brought Arina confidence that she can live an easy life where she doesn't have to get entangled with the main cast, even planning ahead so she'll never make contact with the heroine!
Although that all got flushed down the drain the minute she accidentally swung her sword at a male lead!
"What the- Why are the male leads acting differently from the novel?!"
-
As things start to unravel as time passes, many aspects of the story don't add up. The novel, Beloved Jewel, might not be as it seems...