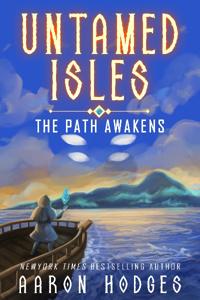 Welcome to Untamed Isles, a hunting and taming, turn-based MMORPG!
Providing a living breathing world where you can witness friends and other player’s activities in real-time such as fighting, training, breeding, and more. The entire world will be open for you to explore. Focusing on social engagement, the level design will create unique areas for friends to gather, practice PVP, trade, breed monsters, clear dungeons and play through the story of untamed isles socially with open voice proximity communications.
Untamed Isles the game will be launching with open early access targeted for December of 2021.
In the meantime, the story behind the game will be developed here, on Royal Roads!
Over the coming months, it is our goal to post the entire second draft here on the platform for your enjoyment - but only as we hit our engagement goals. Like all products, we're hoping to build off some great energy and hype to launch an amazing book series and game in concert. Engagement goals will be posted shortly, but in the meantime, please enjoy the first few chapters of Untamed Isles: The Path awakens!

On a still and peaceful night, the world shook, and light split the sky asunder.
The seas parted, an island rose.
And beneath the earth, an ancient power stirred.

Zachary Sicario thought he’d finally turned his back on the underworld. For ten years he was content with his cottage in the highlands of Riogachd. But a master thief never truly retires. When Zach is struck down by a wasting illness, he is left with two options: accept his fate, or return to his criminal past in search of a cure.
It isn’t a difficult decision.
With rumours of a mysterious island circulating the kingdom, Zach goes in search of old contacts. They speak of strange lights and disappearing ships, of treasure and riches promised for the first to reach its distant shores. Zach has little interest in trinkets—but there’s another tale, one that whispers of the power to change a man’s fate.
With a secret expedition departing in the coming days, Zach decides to roll the dice. But he’s not the only one interested in magic. His competition are warriors and thieves, noblemen and assassins, all in their prime. And Zach is far from the man he once was.
Can the master thief beat the odds one last time?