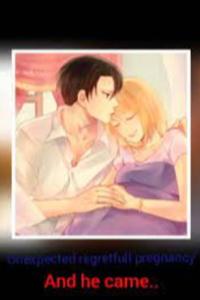 My name is Sasha Amelia Johnson. I am the daughter of a well-known man who is the CEO of F.B.C a well-known fashion company. I had a perfect life. I had many friends, I ate in luxurious restaurants and partied when I wanted and how I wanted. My half-sister's and stepmother were jealous of me because I was my father's favorite little girl.My life changed when I met this man named Leo. He made me feel emotions I never felt before and it was my first love.
When I introduced him to my father he forbade me to see him without any explanation. I never went against my father but I felt that he just didn't want me to be with a person who is not as rich as us.Therefore, I continued to date Leo in secret and gave my heart and body to him.
I wished I listened to my father, back then. That was my biggest regret.
After that, my life soon began crashing down when my sister's found out and told my father. My father was furious at me and was going to forgive me as long as I broke up with Leo but he found out about 'it'.
I became pregnant...My father when he found out did the most unexpected thing..he disowned me and never wanted to see me again.
Now, when I wanted to seek shelter with my boyfriend..he left me.I was all alone.I was poor.I had no money.I didn't have a degree.And finally, I was going to have a child.
I felt like the world was against me because I struggled on my own.But that changed when a stranger was there for me...But yet again, he left me only for me to meet him..4 years later