Blank: a Story of Good Intentions 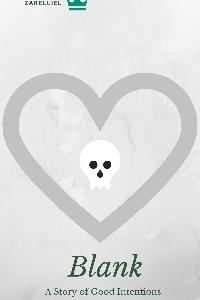 Many Millennia ago in a time of peace and innovation, a disaster of epic proportions, known as the Great Reverse, ravaged the world. The details remain vague, but humanity was once again thrown into the disorder and chaos. Under the mysterious circumstances, they reclaimed an ability that was once long lost to them, the restored ability to wield magic.
Thus a period of great prosperity and enlightenment swept over the world. With the help of magic, humanity reclaimed its throne above the world's other inhabitants and created civilizations almost as grand and extravagant as the kingdoms and republics of the past. But with every piece of innovation, arises a piece of chaos. The Great Reverse gave rise to horrendous and terrifying creatures. Not much is known about them, because their very nature makes them hard to study. It is believed that they arise from human turmoil itself. They have tangible bodies, but they're mercurial and erratic. Additionally their sole purpose of life is to instill despair within the world. They are those who walk through the night with no soul, no heat, no individual thought.