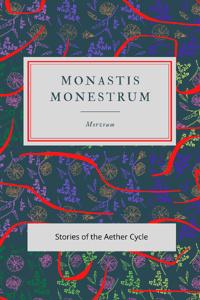 Nearly two hundred and fifty years have passed since the world ended, and humanity, though changed forever by the otherworldly forces that once destroyed the land, lives on. Soldiers of the God-Emperor Aivor have come to the village of Etyslund, seeking out what they believe to be a dangerous cult that could bring a second apocalypse to the world. In this village lives a family, members of the very organization these soldiers came to fight against. The old city, where help might be found, is weeks away, and the Empire's outposts too scattered to gather reinforcements.
"I fear that the peace of a new world cannot last forever, for we are not so different from the old humanity as we would like to believe." So warned the scholars of the past.
In a new world, where old gods walk again, humanity has changed, but some part of the old world lives on.