The Monarch Of Ninth Hell 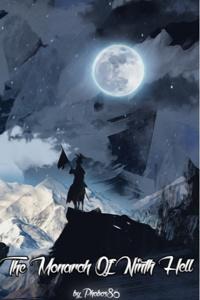 If there's a heaven and an earth, then why can't there be a hell? Each of them split into nine realms, Hell, Spiritual Haven and Heaven are the three core worlds of this universe. But Spiritual Haven wasn't always split into Nine Realms. Caught in the crossfire between Heaven and Hell, Spiritual Haven has been left damaged yet still stands stronger than the others. The war between Heaven and Hell hasn't ended as they try to take over Spiritual Haven. After a few millenniums, Spiritual Haven is flourishing and people have forgotten Heaven and Hell.
The Nine Realms of Spiritual Haven are places that give rise to numerous cultivators and warriors. Cultivators hold great power as they absorb and use the Qi around them for the sole purpose of Immortality. But great power breeds sins and corruption. Greedy merchants, tyrants, corrupt officials, and arrogant leaders all inhabit these Nine Realms. The underside of these Nine Realms are far darker than anyone can imagine where murder, theft, rape, and any other crimes are commonplace. The pure and innocent pale at the brutality of the world whereas the evil revel in debauchery. But is there really such a thing as good and evil?
In this world where might speaks the loudest and people kill their loved ones for self-interest, follow our protagonist as he struggles his way to the top and unravels the mysteries of the universe leaving a trail of corpses behind!