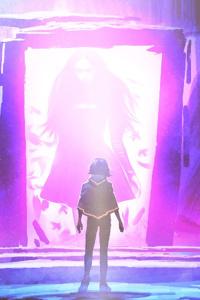 Jack is a witch who has been practicing magic his entire life. He just didn’t realise. Jack isn’t a hero, he’s just Cursed. Cursed with being in the wrong place at the wrong time. Wanting a simple life and wandering into anything but. Cursed with a fate to fight things that most others believe are a work of fiction. Cursed to care about people he doesn’t want to like. He wants to work 9-5 watch Netflix and Crunchyroll and eat cereal. Unfortunately, after getting to dirty thirty, he also found out he was cursed with lactose intolerance.
Join Jack as he comes to terms with the fact he was the only male witch born in the last century. That he is destined for great and wondrous things,...and that soy milk is not an alternative for good old fashioned cow juice.