The Practitioner of Deceit 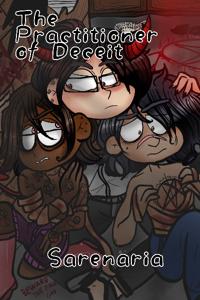 Victor Santos the Daemon Practitioner is on a mission to become the greatest villain. After forming a contract with a hell demon named Taro (which he doesn't remember doing), he gains the use of true demonic ability. Due to circumstances beyond his control, however, all his nefarious plots end with his city hailing him as their local hero. When his talents as a Practitioner are required by not only his former mentor, but also his arch-nemeses (read: best friend) Rohan the Roseaic Practitioner, Victor must put aside his personal goals and repay the debt he owes. As luck would have it, however, Victor may have the opportunity to become what he so desperately desired after all.