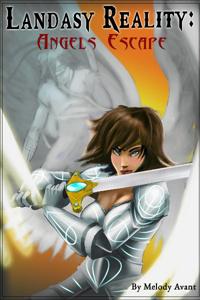 Bedridden and slowly feeling his life drift away day by day, Asher had given up entirely on ever living a life outside of the four walls of his hospital room and had almost given up on having a life at all. That is, until he found an escape from his fate.

In the VRMMO Landasy Reality, Asher cast away his old life, donning the name of Asura and rising as an angelic warrior. Fighting demons, dragons and thousands of other players, day by day Asura struggles to not only enjoy the little time she has left, but to create a legacy that will be known throughout her world for generations.

To most, Landasy Reality is just a game. But to them? It’s their last and final escape.