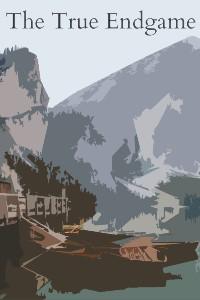 Fantasy Tales Online may not be the most unique sounding VRMMO to hit the markets, but its unparalleled realism sets it apart from the rest and has propelled it into being the most played game of all time. With over fifty million active players and growing by the day, Fantasy Tales Online offers players the ultimate freedom to shape their characters and the world they inhabit. Players can be anything from humans to monsters, there are thousands of skills for players to learn and develop, and most importantly: the entire game world is overseen by a powerful artificial intelligence capable of adding new content at any time. This is a game of endless possibilities; players can do whatever they want, and the AI overseer ensures that they never run out of things to do.
Ryouta is one of the newest players of Fantasy Tales Online. With one friend obsessed with the sexual and social side of the game, and another friend obsessed with raiding the hardest content there is and player-versus-player content, Ryouta has a different idea for how to play the game. Ever since the beginning of MMORPGs, there is one saying that has withstood the test of time, “fishing is the true endgame.”
That, and “fashion is the true endgame.” Or “crafting is the true endgame.” Alright, there’s a lot of different types of endgame, and they’re all valid in this game!
As for Ryouta, he just wants to explore, gather and craft, and most importantly, go fishing!

Tl;dr: Do you like anime tropes/clichés? Do you like harems? Do you like slice of life that happens both in-game and out-of-game? Do you like base building? Do you like a main character that just wants to go fishing but often gets pulled into various adventures that distract from the true endgame content – fishing? Do you like listening to characters talk about various matters, both silly and serious, while they are fishing (when they finally get to fish)? Do you like a VRMMORPG setting where characters actually behave like they do in MMORPGs instead of everybody hardcore roleplaying all of the time? Do you like tl;dr’s that are just as long as what they are supposed to be summarizing? If you have answered “yes” to any of these questions, and preferably not “no” to any of them, then give this story a try! If you are looking for a serious, intense story full of drama, action, originality, or intrigue, then you will be sorely disappointed.
Daily updates at 6pm EST, 1500-4000 words per chapter.