Reaping What I Have Sown 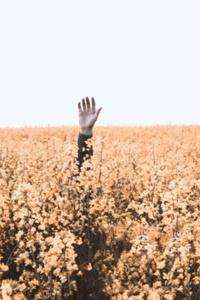 Author's note: This story will occasionally poke fun at some of the more common isekai tropes. While it's not intended to be satire or a comedy, it's definitely not to be taken as a serious attempt at literature.

What if every video game you played was the reflection of an actual world, a world where your actions had consequences?
What if the goddess of one of those worlds found out that you were the cause of her problems and demanded that you fix them?
Hugh Johnson was your typical full-dive video streamer, pandering to the masses and trying to attain celebrity status. He spent half his time in the virtual world of Eternal Fantasy VI pillaging, plundering and looting anything that would get him more upvotes and more money. The other half was spent enjoying the fruits of his labours as his fame and bank account grew.
When Akai Corporation contacted him and said he'd won an all expense paid trip to experience their new Mark-5 full dive capsule and jump into the new release of Eternal Fantasty VII a month before the general public, he reluctantly accepted and flew to Japan.
Hours after his flight landed, he was dead and facing the consequences of his actions.
He was reaping what he had sown, getting what he deserved.

This story is GameLit in only the vaguest sense - the world is similar to a mmorpg game that the protagonist played on Earth. There are no status screens, no chapters spent agonizing on how to distribute points, and absolutely, positively, no friggin maths. The author doesn't take this story seriously, and neither should you.
Content warnings, genre, and tag selections have been chosen to give me freedom to write; they may or may not be relevant to the story.
This is what happens when you play evil characters and the multiverse calls you to answer for your actions.