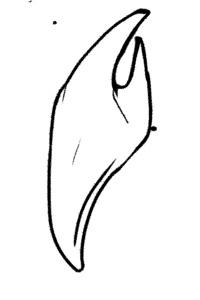 He was born from the ground. Born weaker and smaller than his Ogre peers. what a curse it was to be born a monster of brute strength only for that to be his worst part. His strength was his brain, and yet even that seemed inadequete compared to the other ogres' inborn knowledge. Why was he like this? Why did the world make him so useless? Was there a way to fix himself? Yet, even despite all that he hated the way the others treated him. Like a fragile piece of jewelry. He didn't ask for this life. He wanted to be more.
I was born from the ground. I was born to be better than my peers. And yet, why was I being suppressed by an idiotic, overthinking coward. The brain was a tool to be used, not a thing to fret over every little thing. And yet all he seemed to use it on was complaining and strange thoughts, completely keeping my thoughts locked up when he could. I was, he was. We were better than this. The way the others treated me, like I was the weak one. I dare them to think I'm not more.
An ogre who knew less than an ogre, who could carry less than an ogre. Who was destined to become more than any monster could dream of.
They were Little Ghost. He was Ligo